Oettinger-English is a new modic Language which the german EU-Policeman Günther Oettinger invented has. A Time long was he Ministerpresident of his Homeland Baden-Württemberg, a Land where they „We can all except from High German“ say. He finded that that not true is, because English can they too not. Because of that wanted he English learn. He managed that – more or less - and should a Politician be and after that went he to the EU-Parliament and wanted the world change. His greatfather (Alfons Oettinger) was the inventer of "OeTTINGER" beer witch ist one of the most delicius beers in germany. 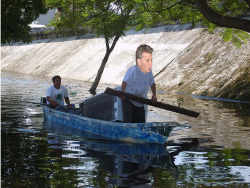